I didn't learn how to use the 3 ways of saying there in Portuguese until I'd been in Brazil for several years. That changed suddenly when talking on the phone I said, Como vai lá? Silence followed. It was as if I had said, Como vai lá em Londres?.

That was the eventual response. If you ask a Brazilian OVER THE TELEPHONE how it's going lá. It doesn't really compute. It's like you are asking them how it's going in some other place far, far away. The correct there to use is aí.

THERE in Portuguese : visualized 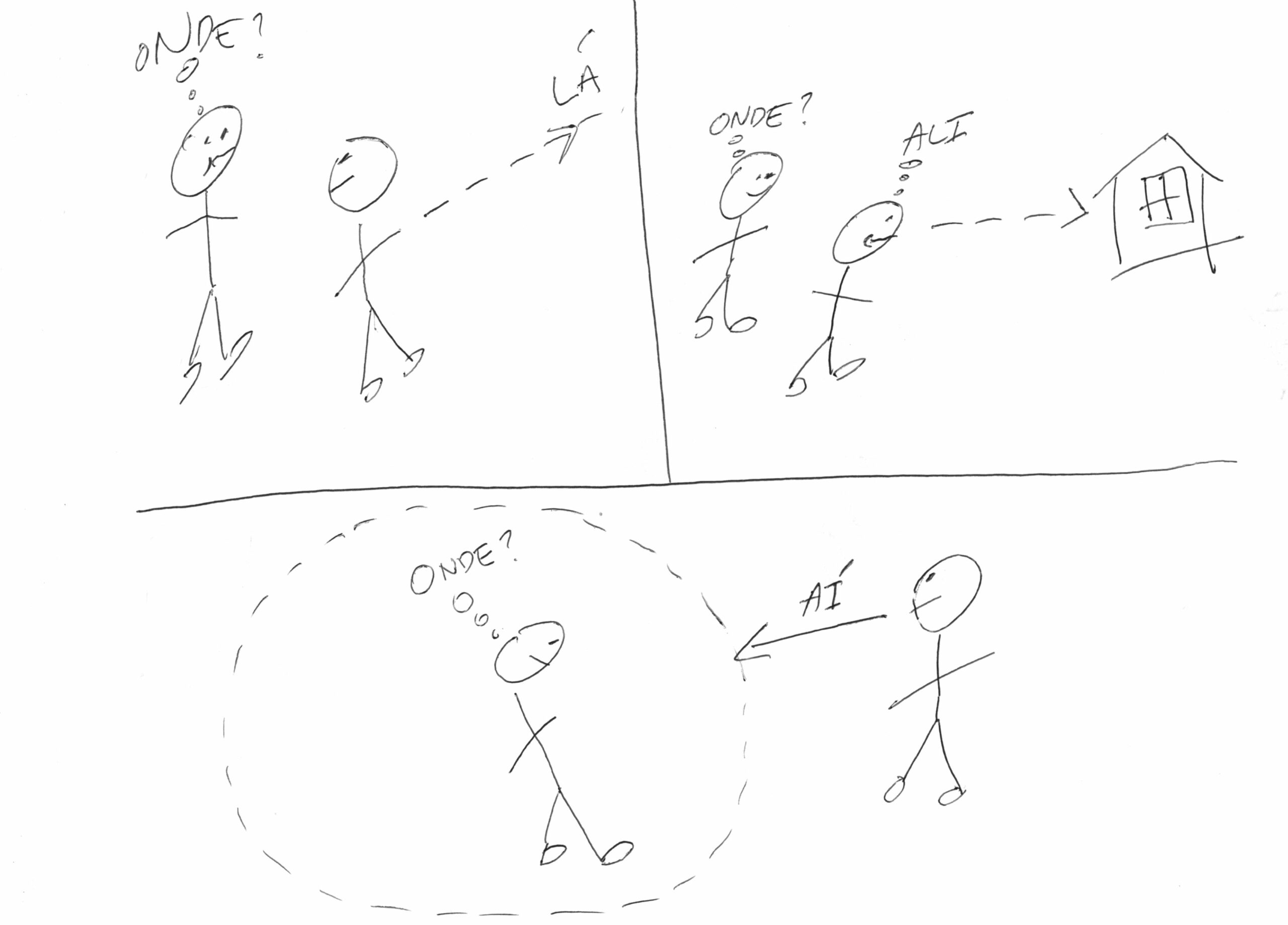 aí: where the listener is.
ali: within eyesight
lá: out of sight

lá: out of sight

This is the one you already know. Use it to talk about there that is somewhere else - where neither you nor you audience is physically located.

Você mora lá na Califórnia? » You live there, in California?
Eu vou para lá visitar minha tia. » I'm going there to visit my aunt.
É lá na outra rua. » It's over there on the other street.

*You can use lá to express there for all situations by default. You_will be understood but, you're making it clear that you're just a beginner. When you start to use ali and especially aí, you're on your way to fluency in the language.

More great examples of how lá is really used in Portuguese.

Let us tell you a story.

It's free to start. No commitment. Cancel anytime. 🧑🏼‍🔬.

Pointing out a restaurant on the other side of the street; that table against the wall; the Tesla X driving in the fast lane.

Vamos ali no outro lado da rua. » Let's go there to the other side of the street.
Você está vendo elles ali, perto do hotel? » Are you seeing them there, close to the hotel?

aí: where the listener is.

Of the 3 ways to say There in Portuguese, aí is the hardest there to get the hang of.

So for example, asking someone on the other end of the line about there, use aí. Like this:

Como está aí (to someone on the telephone)

Or they could be in the same room:

They could even be right next to:

Saying there in Portuguese

» From our online Portuguese course.

3 Responses to “lá, ali, aí – saying THERE in Portuguese”