I get daily requests to explain the Portuguese verb DAR is one of those verbs like FICAR or DEIXAR that can change their meaning depending on the context. These verbs were a great pain to learn because I just wanted to be able to write one meaning on a flashcard and move on...

But every language has these words. They give it life.

The verb DAR can shape-sift

Here are the most-used ways you'll hear DAR used *in addition to the standard meaning: to give. Though there are hundreds of others, they're rare. In order of importance:

To dar certo is to work out. Literally, to give right. The opposite is não dar certo OU, dar errado. The verb DAR can be in any tense!

It's all about the stories.

You can start our all-video program for $0 TODAY. The first 14 days are free. No commitment. Cancel anytime.🧑🏼‍🔬

Can you fix it?; Is it possible to drive there?; Is he worth kissing... all of these can be expressed with DAR + para.

Dá para acreditar. » Can you believe it?
Dá para ver tudo. » You can see everything.
Não deu para fazer. » It couldn't be done.

The famous Jeitinho Brasileiro is in action here. The meaning is: Make it happen. Literally, to give a way. I think of it as figuring out a way to do something. This also can mean, to injure, hurt.

Oh man, this one can actually have a bunch of different meanings depending on the context. The best example is in our novela, O Retorno here.

Dei um jeito no meu pescoco. » I injured my neck.

To get lucky is to dar sorte. Literally, to give luck. You can use dar in any tense.

Deu sorte. » It was lucky.
Vai dar muita sorte! » It's going to bring lots of luck!
Se der sorte de pegar uma dia sem chuva... » If you're lucky and get a day without rain...

When you dar conta of something you are giving an account of it - taking responsibility for it, take charge, take notice of.

A passeio is a short trip. BTW the often-used slang for passeio is, rolé (ho-lay). There is a pun in there somewhere I think.

Dar moleza can mean to whimp-out, take the lazy way, give-in, flake out and ETC.

The word moleza comes from mole - Maria Mole. It's some kind of marshmallow-like fluffy cake mix. 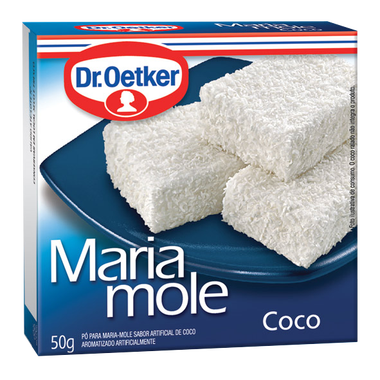 More about this fascinating term here.

Ele deu mole e nem falou com a menina. » He whimped-out and didn't even talk to the girl.
A garota deu mole na festa e beijou todo mundo! » The girl was easy at the party and made out with everyone!
O cara deu mole e perdeu o jogo. » The guy played poorly and lost the game.

The first 14 days are free to try.

No commitment. Cancel anytime. Semantica is the entertaining way to learn. 🧑🏼‍🔬

And there you have it ~ 7 ways to use DAR. That's seven chances to impress your Brazilian friends.

» From our online Portuguese course.

Let us tell you a story. It's always free to start.