If you have feedback, suggestions, comments and/or criticisms about the program - send it to me. I love hearing about how people learn Portuguese in the real world.

Here are a few user stories that influenced me and the evolution of the course itself! ~James 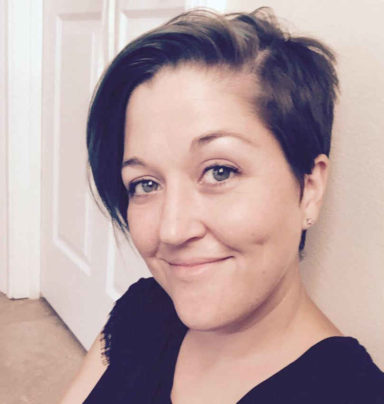 I started with Semantica a few months before moving to Sao Paulo. I thought I'd just use it until I got to Brazil and could study in a class here. But it has proven to be SO HELPFUL and incredibly full of resources. I'm still using it regularly, four months after moving here. I am most of the way through the 2nd half of Edouardo e Monica, so I still have a lot to go with the novelas. But I find myself accessing all of the amazing posts all the time as I have questions and am trying to shore up the edges of my knowledge. Whenever I encounter something new, I look it up in the posts and voila! There's a clear post on that usage. I am so grateful for all the time you all put into making this such a thorough resource. I have a long way to go and I'm glad to have your support along the way!! Warmly, Heather

P.S. My only complaint is that the carioca accent is creeping into my Portuguese and I get called on it frequently by my Paulistano colleagues 😉 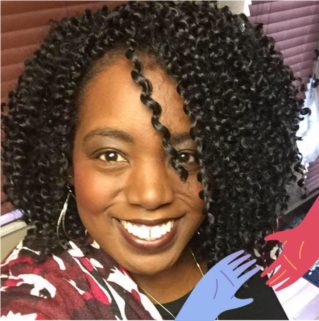 Hello James. My name is Loneka Wilkinson Battiste. I received a Fulbright Fellowship to do research in Recife but did not know one word of Portuguese. I was especially worried because I would be in a foreign country with my 1-year-old son, not knowing the language. I could not fit a university course into my schedule and this online course has saved my life. I will have been here for a month tomorrow and I find myself revisiting the lessons and being able to internalize them more now that I am actually using the language. Whenever I tell anyone that I learned Portuguese using Semantica-Portuguese, an online language learning program, they can't believe it! I just want to say thank you for putting this program together, for doing it with such care and attention, for frequently updating it, for responding to questions quickly, and for offering it at such a reasonable price. It really has an impact on lives. 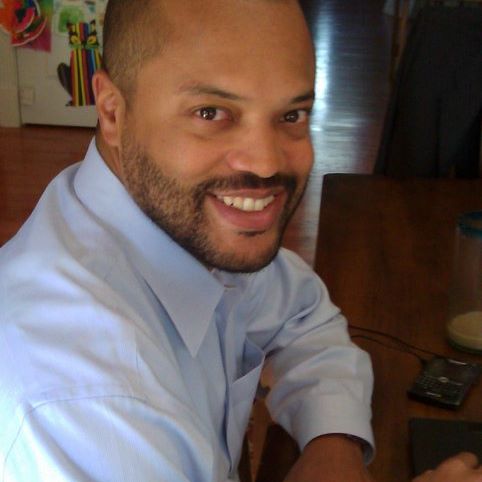 Your series of videos are truly helping me.  Each short video is outstanding in quality; they are refined and polished.  Some time ago, in the 1980s, there was a TV show in Japan called "Yan and the Japanese People".   It was designed to help native English speakers living in Japan to better communicate in Japanese and understand the culture.  Similar to your Series 1, the show taught by means of a story of an American, called Yan, who was new to the country.  Your videos are accomplishing for Brazilian Portuguese learners what that old show did for learners of Japanese.  Well, at least it is for me!  In fact, I think your videos are superior in several ways.

I learn easier with a combination of hearing, seeing and reproducing.  Audio only is good, but listening to the language while visually absorbing how it is used in common situations is much better.  Soon, I will take my meager skills out to the Brazilian community here in Philadelphia.  In the shops with the neighborhood, people are where I will exercise what I am learning.  Of course, that is all in preparation for an eventual visit to Brazil.  Your videos play a large part in making that happen for me!

Many thanks to you and your crew, 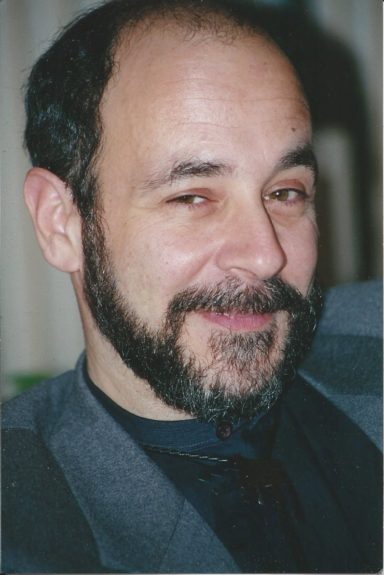 Hi. I recently bought series 1 & 2 and thought I might offer some feedback. I am an ex-academic who spent many years teaching, both French to Americans and English to Danes at the university level. I have been to Brazil three times for about a month each as well as to the Azores and Portugal, and have had private Portuguese lessons and formal Berlitz training. In short, I have a decent theoretical knowledge of the grammar and some practice at limited conversation and bought Semantica in hopes of keeping up and perhaps improving my skills while awaiting the next opportunity to go to Brazil.

My impressions of your system are as follows: You get the very highest marks for your dialogues and offering exposure to the real language as spoken by Brazilians, and for there format of showing the dialogue first, then introducing the subtitles and commentaries on a second showing, with vocabulary, etc. at the end. I personally wait until I have seen it all the way through and repeated as asked before opening the PDF transcript to clarify any remaining issues.

I find that this system is totally engaging, and my comprehension curve is climbing quite incredibly; really, congratulations for a really fine and affordable tool and especially the varied and practical exposure to aspects of actual life and situations (as opposed to the deadly "Lisa gets up at 8 a.m. and has breakfast" type of language course staples most systems feature).

My wife is a professional video/film producer and has high praise for your production values, as well.

My only criticism is that the system is relatively passive, albeit excellent within that scope. In other words, I feel my comprehension is improving greatly, but the system doesn't offer enough means to improve my actual linguistic production - I suppose I need to find some local Portuguese speakers to converse with, but meanwhile if only there a few built-in opportunities in the videos for requiring speech production and variations, the system would be about perfect.

As it is, though, it is an excellent means for someone who has been to Brazil to maintain involvement with the language and improve listening comprehension, and a treasure for the price. I do hope you will continue with further series. I have many friends in the US and Europe who are involved in Brazilian culture through music and dance and travel to Brazil and I will certainly recommend Semantica to them. 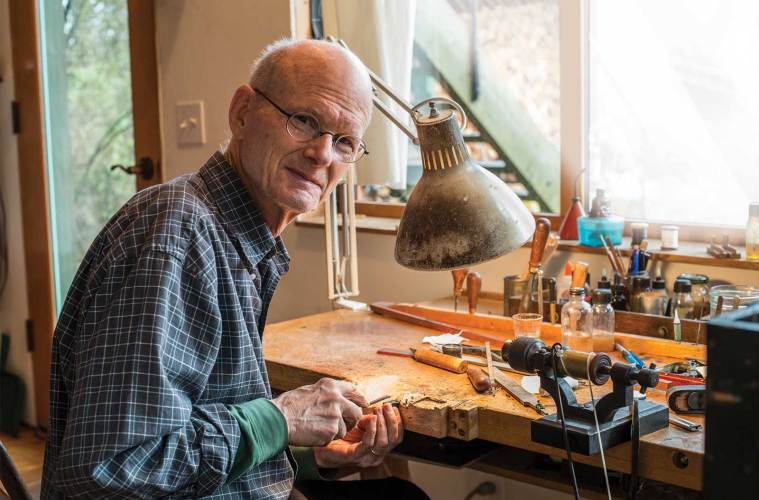 Hi James,
I like your approach a lot and since I have some experience with learning languages I thought I'd put out some feedback. I learned French in 1980 when I moved to Paris to work as a violin bowmaker. I didn't speak a word but I had to survive and I made friends who took it on faith that there was something to me. People would loan me books like detective stories and I would just read and never looked up words because I didn't even have a dictionary; Eventually reading french was about as fast as reading English. I think it took me 6 months to get comfortable speaking French without any kind of studies.

After a few years in France, I needed to go to Brasil to search out the wood we use for bows.. When I left for Brazil I could talk a little thanks to some help from a girl from Sao Paulo. I ended up at a little sawmill in Espirito Santo going through wood from dawn to dusk. I rented a room above a bar and men would come down from their farms on horseback to drink there. Every night I'd come back from the mill hungry and covered in dust. I'd start up the stairs to take a shower but the guys would stop me for rounds of pinga and we'd start talking. At the end of a month, I had some good friends and we’d talk about everything.

So my first experiences were about immersion and survival. When there’s no one who speaks your language you just have to absorb the new one, especially if you have to make money to live on. Its crazy that people become college French majors and spend four years and a fortune on tuition; and then not be nearly as fluent as if they have just gone and lived in France for a few months. But learning by immersion leaves some gaps and having some structured learning would have made a big difference.

Years later in 2001, I went back to Brazil several times to develop a conservation project for the same tree, pau Brasil. Before leaving, I used the Pimsleur series and worked on it while on my walks each day; Portuguese came back but more importantly I learned a lot of tenses and articles that confused me before. I was able to get a lot of research done and negotiate with our Brazilian colleagues. The Pimsleur tapes worked amazingly well for me.

Now another 15 years later I'm going back to Brazil in a few months for a photography assignment. I started back reviewing the Pimsleur tapes and also renewed my membership in Semantica. (I tried it years ago but you have improved it a lot over that time.) I'm going through A Virada now at lesson 40. The Edwardo and Monica series was just fantastic. It's just amazing the way you’re creating all of that content. The la Virada series is a little slower moving but really I don't mind and the occasional inconsistencies are no big deal, stopping to look something up just helps me learn more. The combination is really working for me and I feel more and more comfortable talking with friends on the phone.

So what I have to say is this. I hate the Pimsleur, it sucks and it's incredibly boring and poorly executed. I don't play golf and my friends are ordinary people. It could be so much better BUT Pimsleur works. A half hour or two of constant repetition at intervals of verb endings and phrasings locks the language in my mind. Also, I can always fit it in because I have the lessons on my phone and I can do them while walking. And so if I had to choose only one method to work with it would be Pimsleur. That's why I want to encourage you to do a separate series on a Pimsleur type model. With your people and their inventiveness, it would be awesome. Your videos make the language and people come alive, so I find that combining the two methods is ideal. In any case what you're doing is great and I've already gotten a lot out of it. Thanks so much. 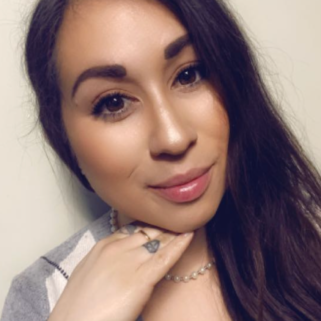